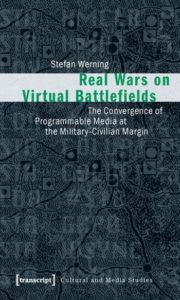 The book analyzes the multifarious exchange of algorithmic technologies and concepts between the military and the media industry from the early 1990s until now. Unlike most related scholarly work which focuses on digital games, it drafts a model of programmable media which is grounded in a close-reading of the key technologies, most notably the paradigm of object-oriented programming, and reconsiders technical disciplines from a humanities perspective. This model is then applied to analyze the effects of algorithmic logic on the military-civilian continuum, including economic practices, patterns of media usage and military decision-making.