The Handbook of Computer Game Studies, edited by our own Joost Raessens and Jeffrey Goldstein for The MIT Press and first released in hardcover in 2005, is finally on sale in paperback edition.

For those who do not own a copy yet, here’s the book description from the MIT Press website. The table of content can be found here. 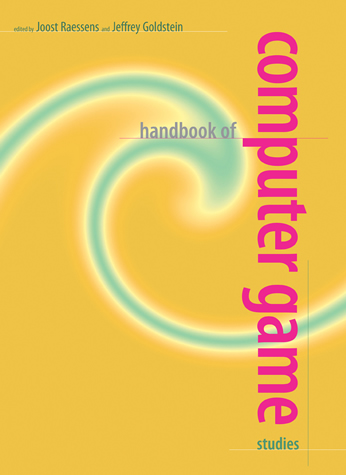 New media students, teachers, and professionals have long needed a comprehensive scholarly treatment of digital games that deals with the history, design, reception, and aesthetics of games along with their social and cultural context. The Handbook of Computer Game Studies fills this need with a definitive look at the subject from a broad range of perspectives. Contributors come from cognitive science and artificial intelligence, developmental, social, and clinical psychology, history, film, theater, and literary studies, cultural studies, and philosophy as well as game design and development. The text includes both scholarly articles and journalism from such well-known voices as Douglas Rushkoff, Sherry Turkle, Henry Jenkins, Katie Salen, Eric Zimmerman, and others.