16 February 2017.
In the symposium Ecogames: Game Research meets Sustainability, game designers and scholars from a variety of disciplines came together to discuss the impending impacts of climate change and possible ways to counter this. 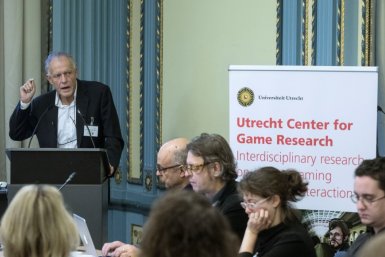 The main focus during this symposium was on how ecogames and their characteristics can help in the debate on global warming and sustainability. A contextualisation was offered by Vice-Dean Wiljan van den Akker, who opened the event. Focusing on the societal impact of academic research, Van den Akker stressed the importance of creating an academic context for dealing with complex issues such as sustainability. Bringing together scholars from computer science, informatics, the humanities, communication studies and philosophy, and designers of games, stories and beer, the symposium was a perfect example of research impact. 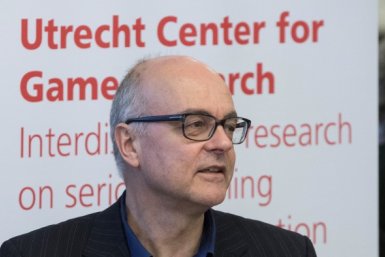 Prof. Joost Raessens referred to an alarming conclusion from the Netherlands Institute for Social Research, which found a big gap between national and international policy on the one hand (such as the Paris Climate Agreement, the Dutch Energy Agenda and the Dutch initiative for a climate bill) and the lack of concern among the Dutch population on the other hand, for whom the topic of energy transition is not a high-interest topic. According to Raessens, ecogames such as the Wijk & Water Battle (Grendel Games) and From 5 to 4 (Organiq) can play an important role here by raising awareness of a variety of sustainability issues, by reinforcing sustainable attitudes and behaviour and by stimulating collaborative sustainable decision-making.

The power of narratives was discussed by several speakers, as well as some aspects of narratives which should be considered when designing for sustainability. Tim Murck, Strategic Lead at the storytelling company Spektor, explained the story of Hemelswater – a beer promoted by Spektor in a sustainable way that became big partly due to the narrative. According to Murck, game mechanics and storytelling are valuable tools in turning a narrative into an experience. This latter category is necessary to hook the audience and ensure lasting actions. Murck functioned as a practical example on the value of narrative in the efficacy of ecogames. 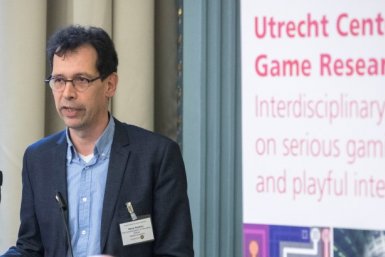 Communication professor Hans Hoeken focused more on what elements in narrative can be used pragmatically to form a strong narrative of the kind described by Murck. Hoeken spoke about the importance of character identification – agreeing with a character’s values – as is the case in Collapsus – Energy Risk Conspiracy (Submarine), which, according to Hoeken’s analysis, is a good example of a successful ecogame.

Another important aspect discussed in the symposium dealt with the power of imagination. Raessens mentioned civic imagination, or showing both a future world and how to turn this world into a better one. Prof. Maarten Hajer discussed the problems of imagining, and especially why imagining a different future is so difficult. By creating imaginaries – constructed hypothetical versions of a situation – sustainability can be approached more creatively than with technical jargon. The social values of technology can be reflected upon in imaginaries – placing the many possible futures more firmly within the realm of experience of citizens. Such imaginaries can also be used on a more meta-level. 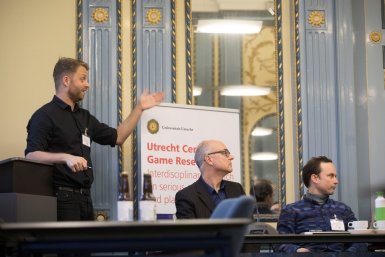 Exploring alternatives to current conditions within ecogames design was advocated by game scholar Joost Vervoort. According to him, co-designing games will let players question what alternative roles they can take in a certain situation or problem, and make them explore multiple possible actions and other system elements. Ecogames can let players practice policy through their co-designing involvement in scenarios. 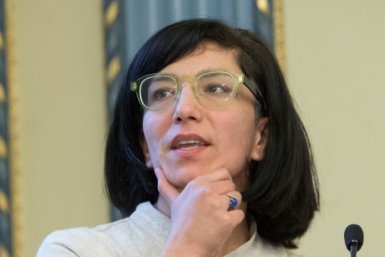 This idea was also demonstrated by game designer Ekim Tan – founder of Play the City – who showed examples of games that support informed decision-making about urban issues. As such, ecogames can play a big role, not necessarily in changing citizen behaviour, but in helping the debate along. 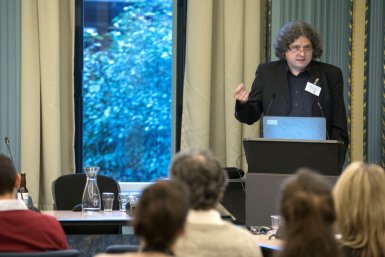 Finally, Prof. Marcus Duwell rounded up the symposium by considering the ethical side of sustainability. He reflected on the possibility of choice in the current political climate. Referring back to the call to create imaginaries, Duwell explained that there are always more choices to be made. If a situation seems to be without alternatives, the smart thing to do is to keep looking, creatively and collaboratively. The symposium was a tribute to this final thought.

The photo’s of the event can be viewed on Flickr